This story  is in response to the Incredible Blogger Marathon Challenge #5 called ‘The Not So Quite Quote Challenge’. Its requirements are as follows:

“There are five quotes given to you.You need to use all the five quotes a stitch a story. A short story which uses all of them.

Quote 01: I am confused at times. Should I sound? Should I echo?

Quote 02: You need not answer all the questions! You can just laugh and laugh again.

Quote 05: At times, we pretend to think on one and actually think everything else!”

Ladies and gentlemen, presenting to you the not so quite quote story,

“Welcome to the Young Adults Club!

Are you searching for possible solutions to yours problems?

Are you tired of being pushed around by others?

Are you looking for company and friends?

Are you in pursuit of happiness?

If yes, then you are at the right place!

If not, then you are warmly welcomed as an advisor to the group.

Rohan stood at the Public Library’s entrance, reading the poster put up by the ‘Young Adults Club’ on the bulletin board. He grinned and put his index finger on the word ‘advisor’ and entered inside the two-storied library. With a grin full of pride still glued to his face, he asked an attendant where the Young Adults Club meeting was being held. The attendant looked at his watch, frowned and directed him to the staircase at the far end of the main hall. It led to an upstairs room, dedicated for various club meets and miscellaneous talks. Rohan noticed it was complete with a projector, a large screen, a computer  and a dice. There sat in a corner, a small group of young adults in a circle, all possibly between the age bracket of 18-21. As it was already quarter to six, the meeting was in full swing.

“Whoa! This library visit won’t be boring at all!”, Rohan exclaimed on noticing two pretty faces in the group of five.He strode towards them  and cunningly took the empty seat between the girls. The blonde girl on his right gave him a sneering look as he did so. Confused, he mouthed, “What?” when the girl on his right, who had been observing the whole thing whispered,”Actually, Linda was in the middle of discussing her relationship problems when you came. She hates it when someone breaks her flow..don’t mind please.” She broke off with a smile, which Rohan returned.

‘OH Gosh! This guy is so damn cute’ She thought as she noticed the dimples on his face.

Daydreaming as usual, Her ‘hunches’ told her it was time her loneliness would come to an end! Little did she know that first impressions are not always the last.

”Oh, then I’m at the right time. That’s where the advisors come in!” he whispered back and looked at Linda.

Meanwhile, Linda ignored their whispering and continued, “I’m confused at times. Should I sound? Should I echo?”

She was in a dominating relationship and was troubled to the hilt by her overprotective boyfriend, where she did not have freedom of speech or action.

“Punch him in the face, Linda and make him hear how it feels when you don’t let someone breathe!” a voice thundered. Rohan looked at the stern looking guy with big scary muscles and a bandana around his forehead.

“It seems like he wants to crush Linda’s BF like a tomato!” Rohan said to the girl on his right, chuckling. He had not yet asked her name.

“This is Mark”,She said in a low voice, “He is just like a big brother to…”

She was in the middle of her sentence when Linda’s irritated voice thundered, ” How can you chuckle at an issue like this? Do you even know how it feels to be me?” She was glowering at Rohan’s grinning face. And soon, her grief was flowing down with the tears in her blue eyes.

Rohan knew the time to bring out the expert advisor in himself had come. Who could handle a damsel in distress better than himself. He beamed and looked at the faces around him.

“I knew it!”, he said when Mark’s glaring gaze met his eyes. His smile suddenly disappeared with simultaneous knotting in his stomach. “…That I don’t know!” He added in ‘please spare me’ tone. He kept both his hands, which he had used to gesture his ignorance, back on his knees and looked down hard at them. ‘This Mark guy makes me nervous’, he thought, not daring to meet his eye.

In the mean time, everyone was sizing up the new guy with Asian features, clad in a red tee and beige shorts.

Spencer, who was sitting next to Mark, felt the tension building up in the group and joked , “You need not answer all the questions. You can just laugh and laugh again”, which earned him a glorious glare from Mark but he said unflinchingly,

“Ok-Ok, calm down buddy. He’s new. Let’s introduce him to our club and its customs first” He gestured towards Linda and continued,

“This is Linda. Next to her is Mark;you know them quite well by now” he added in a softer tone and gave Rohan a half sly smile.

“I’m Spencer, a psycology student. This is Akio, our Japanease philosopher” he said, pointing to the guy sitting next to him. “Next to him is Jessie, the sweetest girl we have ever known”.He finished off. Jessie was the girl sitting on Rohan’s right and she gave him a big smile on her introduction and added in an undertone, “I’m single”. Rohan smiled back in response. He had suddenly started enjoying his visit all the more, when a voice boomed , “Now tell us something about yourself”. It was Mark.

Rohan grinned like a naïve little excited boy and started speaking “I’m Rohan, aged 19 and I’d love to be your advisor for today”. Nobody could help but smile at his enthusiasm. Spencer took the lead next and said, “Okay then, let’s resume with Akio.” He looked at Akio and asked, “What are your thoughts on Linda’s  issue?”

Akio had a contemplative expression on his face and spoke in an introspective manner, “Ah, thoughts- They do what we don’t ask for” He paused for a moment, as if in some deep deliberation and then continued, “At times, we pretend to think on one and actually think everything else! Linda, …”

Rohan chimed in before he could complete, “So you too have love issues, right? I knew it the moment I saw your face.. Such personality! ”

Akio looked at him with same contemplative expression and said, “I don’t have a GF yet” He had all plans to ignore this weird guy but Rohan could not bear his theory being refuted down. So, he said, “Oh! So that’s your problem. You have been thinking about girls but can’t settle on a single one yet. Don’t worry bro, I’m here to sort it all out.”

This made everyone laugh out loud except Akio. Staring at him, he said with gritted teeth, “That was one of my quotes boy. You won’t understand. Its deeep!” Stressing on the last word.

Rohan suddenly got serious and whispered in Linda’s ear  in a ‘no nonsense’ voice, “Linda, I think he is hitching a plan to drown your BF. Tell him to take his floaters along the next time he hits the pool. I always do”, he completed with same serious expression on his face and nodded, as if affirming his sentences. Linda just looked at him incredulously.

Spencer noticed Linda’s expression and asked what fabulous advice Rohan had given her, to which Rohan replied, “oh, the case is simple. Akoi needs a girl and Linda is troubled by her BF. After deliberating on the facts and circumstances, my suggestion is to get them both together. Hence, Linda dumps her BF.”

“What happens to her EX, My Lord?”, Spencer could not help but ask, highly amused.

“Oh, he means her current BF, whom you are planning to convert into her EX”, Jessie chuckled, thinking this was all but a big joke.

But Rohan proved her wrong by answering, “Him? We’ll fix you up with that guy! You are single, right?”

“The case is thus resolved” He triumphantly pronounced.

He was serious. Jessie looked at him as of she had been slapped on the face. Whereas, Rohan was busy patting himself on the back for his excellent problem solving skills.

By this time, everyone was looking was looking at him speechlessly, when the less talkative Akio stood up and spoke out, “Is this guy for real? What the hell is he saying?!”

“Oh, my friend Akio, Please don’t thank me”, Rohan too had got up and put a hand on his shoulder.

He looked at his watch next and exclaimed, “I gotta go. My Cinderella must be waiting”

“Your cinderella, huh?” Mark asked with amusement for the first time.

Jessie felt as if she had been punched in the gut this time. ‘There is a Cinderella?’ This was all she could think.

“Oh, I gave her for servicing, dude.” He was referring to the Vehicle service Centre opposite the Library. On hearing this, everyone’s face got red, and they started sinking down into their chairs to hide their guffaw, except Jessie.

“Would you come the next Wednesday, same time?” Spencer asked, controlling his laughter.

“Can’t say, Man. Cinderella does not need frequent servicing. Thank you for your company though.” He replied and vanished down the stairs, happy with the work he had done in his spare time.

“I hope his Cinderella goes down the gutter !” Jessie exclaimed in anger, staring daggers at Rohan’s back.

“I told you man, you need not answer all the questions, you can just laugh and laugh..” Spencer remarked on hearing the not-so-sweet Jessie, as the whole group broke into pearls of laughter, again. Problems resolved or not, Rohan had surely brought smiles to their faces that day.

I hope you liked the story and here goes the logo to mention the completion of fifth challenge. “Yay!” *The Young Adults are all cheering* 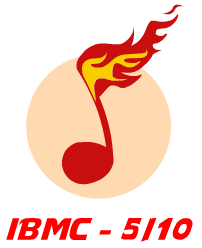 How was it? Leave a Reply! Cancel reply